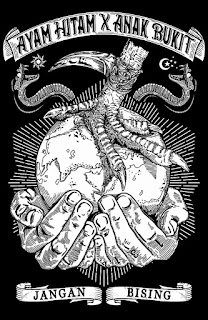 Press Quantity: 100
Status: Available
Posted by nizang at 6:12 AM No comments: 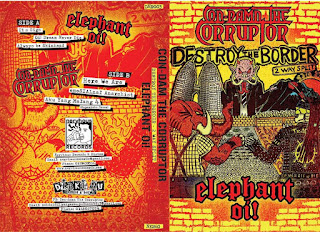 Press Quantity: 100
Status: Available
Posted by nizang at 6:10 AM No comments: 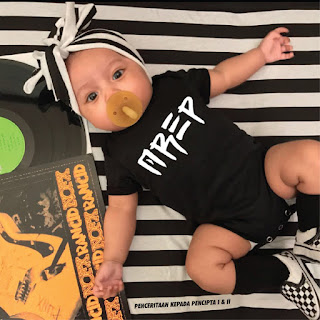 Press Quantity: 30
Status: Sold-Out
Posted by nizang at 5:59 AM No comments: 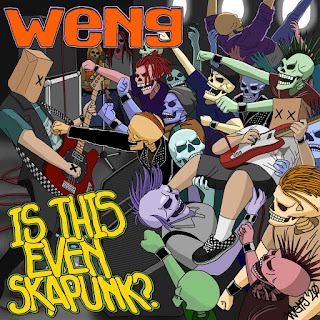 Artist's Name: WENG
Release title: Is This Even Skapunk?

Press Quantity: 150
Status: Available
Posted by nizang at 8:43 AM No comments: 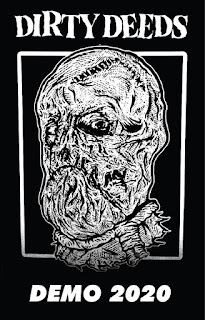 Press Quantity: 100
Status: Available
Posted by nizang at 8:38 AM No comments:

BUILD YOUR OWN SCENE!

Who would have guessed, the record label that I started in 2000 is still productive releasing music until today, the year that seems so far and so futuristic back then, 2000. In 1999, my friends and I formed a band called Jellybelly and recorded a demo in 1999. In order to release the cassette Shah (the bassist) and I formed Nervous Entertaiment. 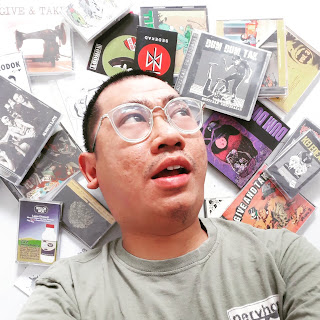 Before we released that tape we released another demo tape from our friends' band, The Mojos. Shah just brought his mini tape recorder to one of their jam sessions and recorded it live and rare. Later on, we joined to release a compilation tape, Bollok Wok vol. 2 –featuring bands from our hometown.

We were inspired by local labels such as Alternative Garage Entertainment, Crashover Records, Dull Entertainment Programme as well as foreign labels such as Straits Records, Dischord Records and Epitaph Records. I am always more inclined towards melodic punk music style and intrigued by local bands while the local scene was blooming with crustcore, grindcore and hardcore during those days in late 90’s. I am also into old school hardcore and indie pop and released various styles of music including grindcore. 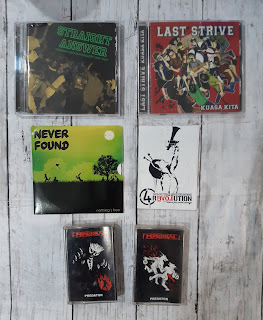 The initial plan was to help releasing our hometown and friends' bands then changed. We expand with bands from all over the country as well as releasing foreign bands too when I moved to Kuala Lumpur for good in 2005. This includes Greenwell from Japan who have chosen us to release their album ‘Break The Wall’ in 2013.

In 2006, we had to change the spelling of Nervous Records to Nervhous Records when a long-running UK rockabilly with the same name emailed us in anger and a threat.

In 2008, Nervhous had strong supports from people like Rizie (Dum Dum Tak), Amert (Stick No Bill) Fael (Skunkfix), Tobek (Always Last), Shah (The Mindless Show), Andax (The Liberals) and the others. We started to organize shows in Kuala Lumpur, plan our releases together with regular meetings at mamak stalls and do launching shows. I also organize some shows with the title ‘Nasik Dagang Raya Jam’ and ‘Tengkujuh Fest’ in my hometown Kuala Terengganu. Nervhous Records also had the chance to help in organizing shows for big bands such as No Use For A Name, Anti-Flag and also The Casualties.

On 27 May 2014, I announced that I was going to end Nervhous Records. I even wrote a press statement about it. Go here to read it http://nervhousrecords.blogspot.com/2013/05/nervhous-records-1999-2013.html. At that time all of my friends in the scene were getting married, I was getting really sick and caught up with family and work commitments. I felt it was hard to sell CDs at that time, it was the era when physical music format was falling apart. But somehow, we made a comeback in November 2015 by co-releasing a local compilation ‘Penentangan Berterusan’ that was initiated by Youthcrime Records to raise fund for local gig venues. 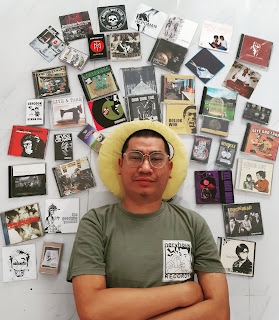 Living in Malaysia, it seems impossible to make Punk Rock as a full time job. But with the recent rise of physical music format, I started to release CDs and cassettes again. Many indie and punk record stores opened too, this phenomenon is a big help for me. With my unemployment status since last year after being constructively dismissed from my lecturer job that I did for 11 years, I am more determined to make the Nervhous Records a serious record label once again. Just like how it begins. After all, I’ve been doing it for 20 years.

Bands and creative people, do get in touch.

To view all of our releases: http://nervhousrecords.blogspot.com/p/releases.html

Thanks to Shah of The Mindless Show / Always Last for doing a Nervhous Records special for his Who Cares What You Like soundcloud program. Listen to it here

15) THE OBVIOUS - The Last Letter
taken from The Twosome Takeover, 2006

18) FAILING FORWARD - Grizzly Grimms
taken from Does This Look Like a Punk Rock Compilation?, 2009

The Story behind Give & Take vol. 2 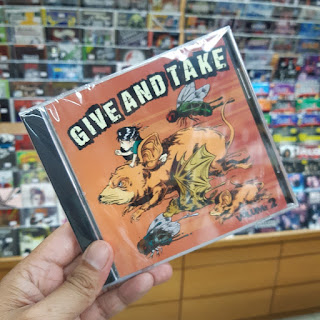 Give & Take vol.2 is out now is out on sale since 15th November 2019. It all started when Zahid (of The Elm Kids fame) offered us to make a compilation and record all songs at his studio Lifeboat Studio in Sri Kembangan Selangor. We told the bands around our circle to go and record a song at the studio. Some more bands that played at the Punk Rock Freakers show in November 2018 were invited.

The first band that recorded their song was The Needles which was in December 2018 and the last band was Toxictoy. Most of the bands also appeared in the Give & Take compilation vol. 1 released in 2012 which are TIM, Dum Dum Tak, Skunkfix, The Needles and Toxictoy.

GUWF! Is a new band consisting of Tobek (Always Last), Munet (Stick No Bill), Napi (The Korok), Arip (Never Found) and also Solih (Brayok). They play powerpop like Weezer and Pup. Parklane made up of Jim and Saiful (Bugstar) which originated from Batu Gajah Perak. Absolute Paradox consists of two members from Tadpoles with the help of Akmal from TIM. Multiverse G.D. is a new band formed by Emy and Min from Skunkfix and also Shah from The Mindless Show. Nywa is Zahid's new band.

Other bands that made the compilation complete are quite big names in the local scene; The Fridays, In A Sense, Priceless Stupid Box (from Pasir Gudang Johor) and Trophy Knives (which recently launched their new album ‘Glass Ceiling’).

The Needles announced that the song they contributed ‘Bulan Ke Riba’ is gonna be their last song they record together. So to their fans and supporter. Do get this CD!